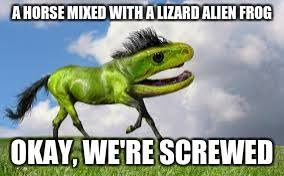 So here we have it the last one in the series. A quick note on Khorne and Bretonian teams, I won’t cover these mainly because they are both unofficial until GW says so. There both a bit rubbish anyway!

Lizardmen and Slaan are based on the original Lizardmen army in fantasy (Now seraphon). All the fantasy armies Lizardmen however were the exception as they got 2.

The main Lizardmen team includes the mainstays of any Lizardmen community (Skinks and Saurus) although the Slaan were a surprise. I believe this team arrived from the community (Along with Chaos renegades). It’s hard to think of a team full of frog bloodbowl players especially since the fantasy miniature was a fat toad sitting on a palanquin.

Lizardmen are a powerhouse of the current game and Slaan are a very interesting team very different to most teams. Let’s delve in shall we?! 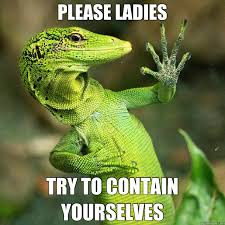 I am quite biased when it comes to these guys as they are my tam. However Lizardmen are an exciting blend of strength and speed. Just don’t expect any passing plays! This team consists of only 3 players but all are excellent.

Skinks are the linemen of the team and are essentially goblins with movement 8. Now stunty players are often seen as the weak link in teams best used for throwing. In my opinion skinks are possibly one of the best linemen any team can take. This is because of two things. Their speed and their stunty status (and dodge!) means that these guys can and will get anywhere on the pitch and there is little an opponent can do to stop them. They are excellent in a stand-off defence (Especially with side step).

Obviously skinks won’t be standing on the line which is probably something only orc linemen can also say. Therefore if you start losing Saurus the team weakens after 1 or 2 are out of the game.

Undeniably however there speed can and will exploit the smallest gab in an opponent’s defence to score.

Saurus are more simple beasts. Strength 4 ag1 means these guys will do a lot of hitting. What puts them above most other high strength blockers is their movement 6. They act as linemen, blockers and blitzers. Having 6 of these players really does balance well with the skinks who can’t stand up to anyone really! Lack of starting skills however means these guys are turnover machines early on. As soon as they get block however they become more reliable and very good players. High armour also helps with their resilience.

Kroxigors in my opinion are the best big guys in the game. Movement 6 and bonehead mean they will mostly move and can get back into position and even support an attack easily. They have the best negative skill in my opinion as well and add extra strength to an already formidable line up.

So this team have 3 great players so they must be the best team in bloodbowl right? Well that can be argued. Good players can really run rings around everyone. However this is a team that requires patience and balance.

Firstly the team starts however you start it with no players with any skills except dodge on the skinks. This means the team is liable early on in a league to turnover at the most annoying time. The pick up the ball fail on your own drive is an especially frustrating one!

Skinks as well only have access to agility and as such without rolling a double or a stat increase, don’t level well which is annoying as it’s the Saurus that need the SSP.

Lastly the low agility of the saurus really means if you lose 1 or 2 skinks it can begin to be a trouble to score at all.

Lizardmen focus on the running game and as you can expect with Saurus great a great cage as well.
A great team for someone with a bit of experience. Requires a bit of getting used to for a new player
.
Mikes starting team:
6 Saurus
5 Skinks
3 Rerolls

Get that apothecary after game 1 and then go for the Kroxigor. You’ll find your Saurus should stick around most games with their high strength and armour they tend to stay around. Always MVP your Kroxigor and saurus and spread the touchdowns around your skinks. One of them is bound to get a double and therefore block to become the ball carrier. Your Saurus will level through casualties intermittadly but get all 6 block asap then you can put them into various roles where required. 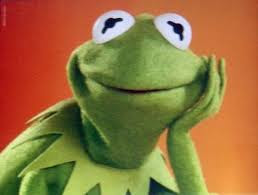 These space frogs haven’t had great love over the years. Ask what a slaan looks like they think of fat frog on palanquin. The idea of athletic frogs are to GW anyway, a bit of a problem. Cyanides (Bloodbowl 2 developers) came up with a solution however. They have reskinned them as Kislev acrobats.

If these guys get released by GW I’d say that it’s more likely they’ll be the circus rather than as Frogs but hey who knows.

Whats special, about Slaan then? Well that’s easy. They all have leap and very long legs…
It means as a team all players leap on a 3+ which is quirky and fun but does this convert into a good team? Well I think so. These guys are probably in the same league as both high elves and humans.

Their lineman is a human with leap and long legs, but is £10k more. This does make a lot more of a difference than it seems though as it really restricts what the team can take initially.

Their big guy is the Kroxigor so I won’t go more into him as there’s not much more to say than I already have! In this team he’s the teams muscle and a greater emphasis is put on him for this task however.

The ace in the hole here is their positionals. The catcher is AG4 and strength 2 and movement 7. This means he leaps on a 2+ and is very speedy. Brilliant for breaking defensive set ups, Strength 2 does limit them a little. Lack of dodge initially does harm them however they are great scorers. Starting with diving catch means that they can catch in tackle zones leap out then score or pass.

The blitzer is strange as instead of block he gets jump up and diving tackle. This makes him an utter nuisance. These are very versatile players with access to all but passing skills on a normal skill roll make them incredibly versatile. They are costly at 110k and need time to develop them. This limits the starting roster.

This team is a running team that focus on dodging rather than bashing openings like the Lizardmen. Throwing plays are a great option with Ag 4 catchers leaping into position for other catchers to throw the ball.

One thing not to do is to constantly leap. It’s a 3+ for most players and should be used only when needed and shouldn’t be relied upon.

This team also struggles from a lack of block and doge initially so turnovers will be high initially. A challenge but a good challenge for an experienced player. The lack of block and the various ‘exotic’ abilities of the blitzers and catchers however might mean this is one to avoid for a beginner.

Get an apothecary then start getting the positionals. I’d get in this order…. Catcher/Blitzer/Blitzer/Krox/Catcher. Your team will take damage and any lost linemen can go in the bin to be replaced by positionals. Level the blitzers first and foremost and catchers if that isn’t possible. Catchers start with dodge and then boringly probably block. Blitzers well, probably these guys will need a mix of wrestle and strip ball ball breakers to block mighty blow tackle guys to the sidestep guard types. It’ll be see how things go and what you need. This is definitely a team that requires just levelling up the positionals so only get SPP for linemen unintentionally! One kick linemen is probably enough! 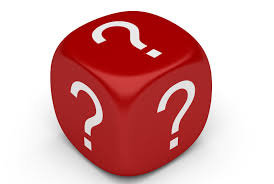 Thank you for reading and that was a lot of teams! Fortunately I left 2 of my favourite to last! What will I be doing now? Well I will carry on my blog more on tactics rather than anything else, perhaps tournament reviews will make an appearance although I don’t attend many (2 this year in the diary)
I’ll keep posting this on the blog and the first founding Facebook page!

Until the next one!
Posted by Mikos Marlow at 05:04